Busting The Myth Of Sucking The Venom Out Of A Snakebite

A lot of movies, TV shows, and survival stories have shown people that sucking the venom out of a snakebite is the best thing you can do if you get bitten by a snake. The majority of people have perpetuated this survival myth, and they have it deeply embedded in their minds. I believe it’s time to address this myth and tell things the way they are.

The chances are you may one day wander in snake habitat, or they could make their way into yours. It’s better to learn what you need to do to avoid an unpleasant encounter and how to treat a bite if misfortune comes your way.

In North America, you will encounter a lot of different species of snakes in the wild, but fortunately, they aren’t all venomous. While a non-venomous snake can bite if provoked, and you need to treat the bite as you would handle a puncture wound, you need to keep an eye on their venomous cousins.

There are four types of venomous snakes in North America, and all of them, with the exception of the coral snake, are pit vipers. Such snakes can be easily identified by their thick body, wedge-shaped head, and elliptical pupils. Also, their environment can vary greatly, and for example, water moccasins and copperheads can be found in or near water.

Here are the snakes you should keep an eye on

Characteristics: Not aggressive and rarely bites (less than 1% of yearly registered snake bites in the United States). They are equipped with short fangs, but they have a powerful neurotoxin known to paralyze the breathing muscles. They have a worm-shaped body, thin with a distinctive color pattern of red, yellow, and black bands. People often confuse them with their nonvenomous, similarly colored cousins, the scarlet king snake, and milk snake.

Habitat: Florida to Massachusetts and all the way to west Texas.

Characteristics: Not generally aggressive, and their bites are rarely fatal. Their venom is known to destroy red blood cells and disrupts blood clothing. A copperhead bite can cause tissue and/or organ damage.

Characteristics: Water moccasins are quite aggressive and will rarely back down. Their venom contains a powerful cytotoxic, which is known to destroy tissue. Their bites are rarely fatal, but those being bitten describe the bite areas as being extremely painful, and it causes gangrene rapidly. Some people have lost their limbs as a result of a bite. 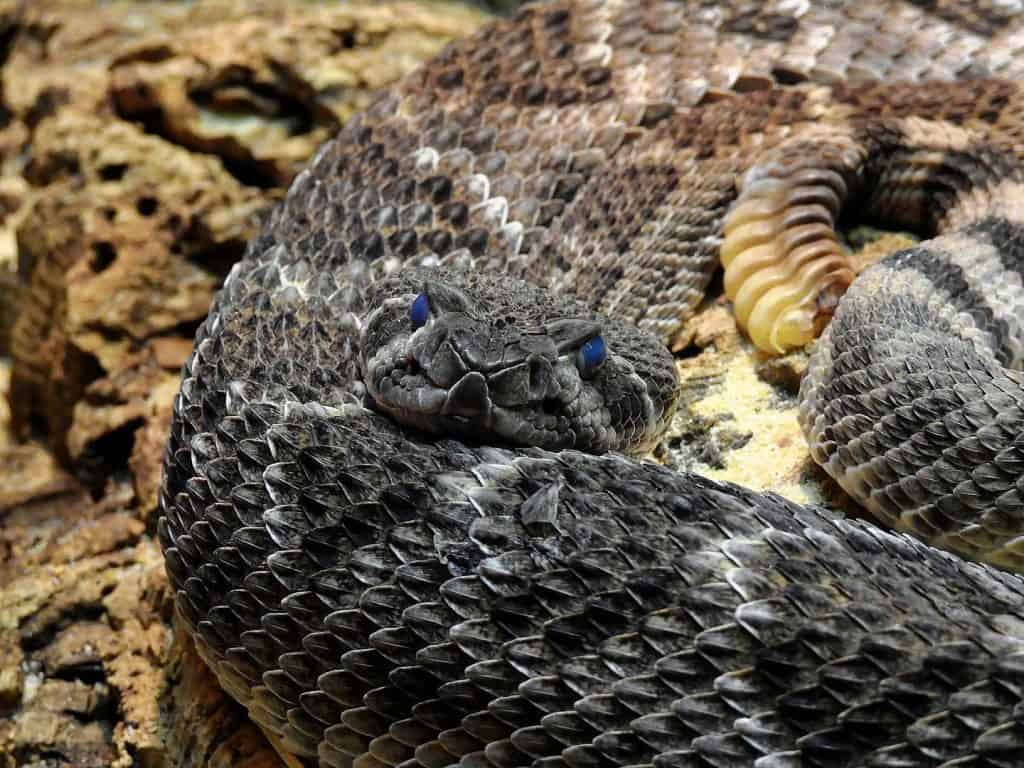 Subspecies: Around 100 subspecies are known to exist.

Habitat: Canda to Argentina. Most subspecies are found in the American Southwest and Mexico.

Characteristics: The venom of rattlesnakes is hemotoxic, and snakebites lead to the destruction of tissue, necrosis and affects blood clotting. The Mojave rattlesnake bite is also known to cause severe paralysis due to a neurotoxin found in its venom.

Also, after years of studies, it was discovered that people allergic to bee stings are much more sensitive to venomous snakebites, and they should call 911 immediately after being bitten.

Everyone can get bitten by a snake

You may be enjoying a hiking day in a remote area, or you may be picking firewood for your cabin. You feel intense pain in your ankle, and you jump back instinctively. You barely get a glimpse of a coiled snake with brown and tan markings, and you move further away from its nest.

You hope it wasn’t a venomous snake, but soon enough, a burning pain starts to spread through your lower leg. The sudden realization kicks in, and your pulse and fear start rising. Luck wasn’t on your side that day as it was a venomous snake. What do you do?

You’ve seen in movies how the hero is sucking the venom out of a snakebite, and you figure out that’s the best course of action for your situation. Even some outdated survival manuals encourage snakebite victims to cut the flesh in the bite area and suck the venom out with their mouth or an extraction device (if available).

This ancient medical method of cut and suck has formed deep roots in our collective consciousness, and it seems it’s here to stay. However, if you follow this myth, this procedure is likely to cause more damage than already done.

Get a grip on reality 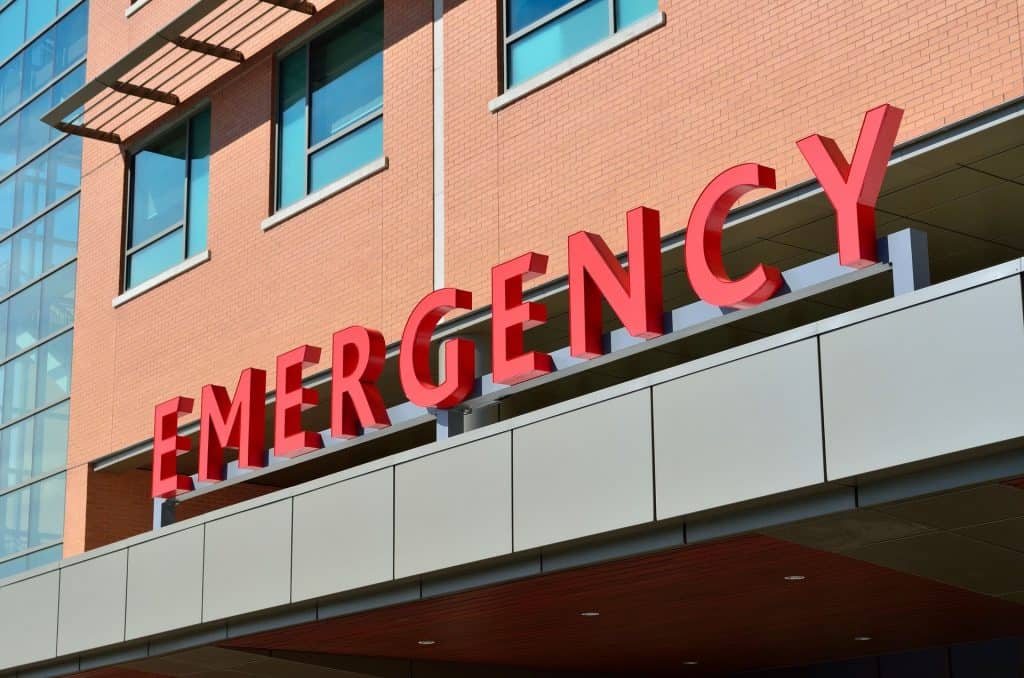 First of all, before you attempt a flesh cut, you should be certain you know where arteries and nerves are located in your body. Do this wrong, and you could sever tendons, nerves, or blood vessels. You will end up having to deal with potentially severe bleeding, besides the snakebite itself. Even more, if you slice a blood vessel adjacent to a pocket of venom, you will introduce the venom directly into the bloodstream.

And finally, many doctors, scientists, and herpetologists have estimated that roughly one-quarter to one-third of the snakebites for adult snakes are nothing more than warning bites. This means that the snake is not actually injecting venom, a “dry bite,” if you will. Such warning bites are intended to deter a perceived threat, and little or no venom is being used.

Think of it like this, an adult snake can recognize its prey, and if something doesn’t fit in its mouth, it will control the amount of venom they inject. They will not waste venom on something they can’t eat.

It is estimated that in one hour after being bitten, you will be able to differentiate the symptoms you’re feeling and figure out if the needle-like stab is the only sensation you’re feeling or if something else develops.

So, what’s the alternative?

Rather than following the myths, you need to maintain a clear mind and follow certain steps which are proven to provide the most help if you or someone in your group it’s bitten.

In case you were bitten by a pit viper and medical help is inaccessible, you will need to lay down, keeping the bite below the level of your hearth. You may be lucky to be a dry bite, but even if that’s not the case, you can still survive a venomous bite. This, of course, depends on many factors, such as your overall health and pre-existing conditions.

If you are bitten by a coral snake, and there’s no medical aid available for the foreseeable future, your chances of making it in an austere environment are slim to none. The venom of the coral snake has a paralytic effect, and you need immediate medical care to survive it.

Learn the symptoms of envenomation 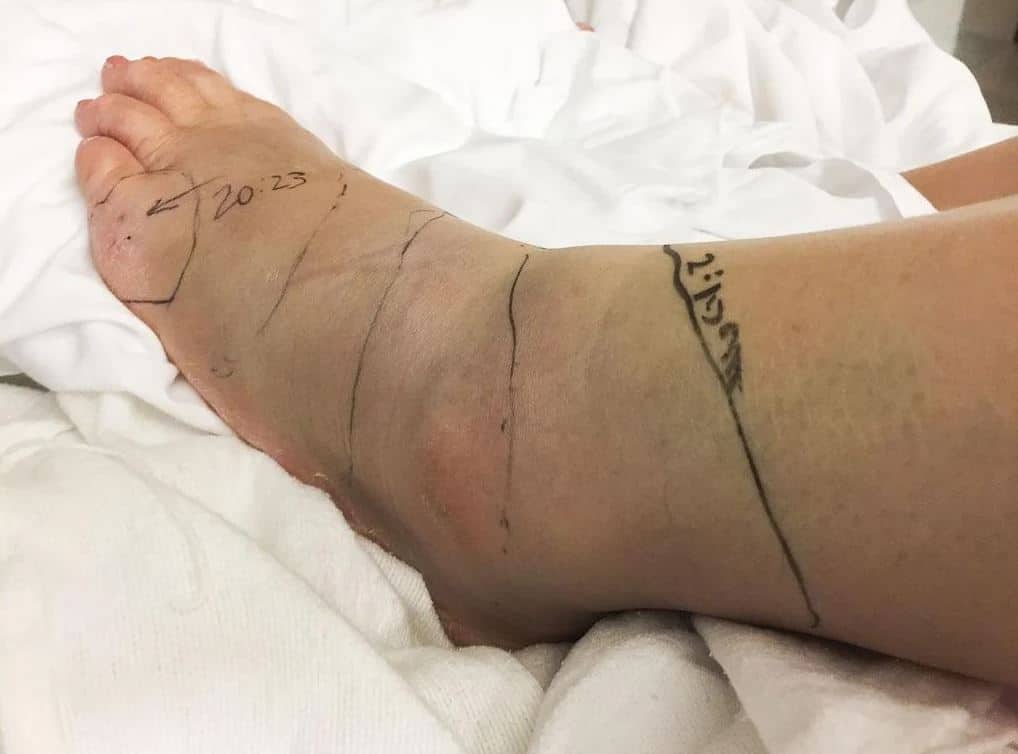 The process of envenomation can be highly unpredictable, and the signs and symptoms of a snakebite can vary depending on the type of snake that bit you, the amount of venom injected and your body reactions to it, and side effects.

For example, reactions caused by snakebites can begin in minutes in some cases, while in others, they can be delayed for hours. Any venomous snake bite causes blood clotting problems and potentially dangerous neurotoxic complications.

Since in the United States, the most common venomous snakebites are from pit vipers, you may expect some or all of the following signs in a victim:

If you are bitten, don’t try to catch or kill the snakes because you risk being bitten again, making things worse. Try to take a picture of it from a safe distance if you can. If that’s not an option, try to remember the color and pattern of the snake (you can write it on your arm with a pen or marker).

Do not apply a tourniquet and do not cut the blood flow. You will just cause the venom in a confined area, and it will cause more tissue damage. Do not drink caffeinated or alcoholic “pick-me-up” beverages. Also, applying ice on the bite rarely helps.

It is estimated that of the 50,000-60,000 deadly snakebites which occur annually worldwide, the United States accounts for less than a dozen of them. Even more, most of the 7,000-8,000 annual U.S. snakebites occur because people are handling the snakes improperly or they taunt them.

As you can see, your chances of being bitten by a venomous snake are quite slim. However, considering that at least one snake species that can inject venom can be found in every state (except Alaska and Hawaii), it’s better to learn how to keep your distance and what to do if you get bitten.

This article has been written by James H. Redford MD for Prepper’s Will.

You may also want to check this:

Knowledge to survive any medical crisis when SHTF

How to build a self-sufficient survival sanctuary

Source
Busting The Myth Of Sucking The Venom Out Of A Snakebite is written by Bob Rodgers for prepperswill.com