I’m always intrigued by new firearms that appear on the market, but a quick glance at their price tags often redirects my attention to the used-gun rack. Second-hand firearms frequently come with lower price tags, and many times they feature better quality and craftsmanship than their brand-new, higher-priced counterparts.

In fact, some of the finest guns I’ve ever owned were purchased second-hand or, in some instances, even third or fourth-hand. But buying used does involve risks. In order to avoid a bad case of buyer’s remorse, you must approach these purchases cautiously and knowledgeably.

Seldom do pre-owned firearms come to the marketplace in the same pristine condition they did when new. In this case, a prospective buyer must inspect with a trained eye, separating cosmetic blemishes from functional shortfalls.

While no one likes stock or bluing wear, sometimes those problems are easily remedied and aren’t necessarily grounds for forgoing a purchase. In many cases, this type of wear is the result of the gun being handled and carried a great deal in the field, in a vehicle, or, in the case of a handgun, in a holster.

Of course, these wear signs don’t always indicate actual shooting use, and in some cases, minor cosmetic wear may actually grant you bargaining power when negotiating a price.

Consider this example: Several years ago, I purchased a used Smith & Wesson .44 Magnum revolver that showed a significant amount of holster wear from a neighbor. This particular gun belonged to a retired Forestry Service worker we affectionately named Ol’ Scotty.

Because Scotty spent a substantial amount of time working in Montana’s wilderness areas, he bought the .44 as a hedge against possible encounters with angry grizzly bears. Even though the gun showed bluing wear from being carried afield, I was confident it hadn’t cycled a full box of ammunition.

In fact, I’m fairly certain that the partial box of ammo Scotty threw in with the purchase was the original box he purchased when the gun was new. The still-remaining price sticker on the box would certainly support that theory, given that it was one-fourth of what a box of shells costs today.

But by knowing Ol’ Scotty and understanding his habits, I observed subtle clues that helped me determine how much the .44 had been fired. Nevertheless, I still ran the gun through some basic mechanical checks before agreeing to buy it. 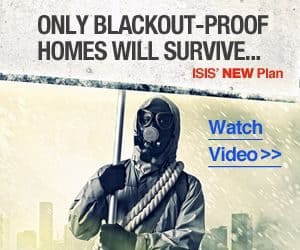 If you want to retouch a firearm’s bluing wear, consider using Super Blue Liquid Gun Blue, a product designed specifically for that purpose. Offered by Birchwood Casey, it’s easily applied and available in many sporting-goods stores.

While some bluing wear may be only cosmetic and not a valid sign of shooting use, a major exception is when it appears directly at the end of the muzzle or the barrel’s crown.

When a cartridge is fired, an inferno follows the bullet out the barrel. Over time, this will eat away bluing around the bore opening. A complete lack of bluing in this area could, in some instances, indicate that the barrel has seen several hundred rounds.

While inspecting the bluing in this area, carefully look for nicks or dings around the muzzle opening. Any irregularities here could adversely affect and disrupt bullet flight—the consistency and uniformity of the bullet’s spin—which diminishes accuracy.

If any irregularities are found, they should be eliminated. Generally, that means the barrel will need to be recrowned. Even though this will require a gunsmith’s services, it isn’t a difficult job for an expert.

Minor finish wear on a stock can usually be corrected with a light application of Tru-Oil. Also produced by Birchwood Casey, it applies easily with your fingertip or a cloth. I work it into the damaged area, feathering it out to match the original finish. 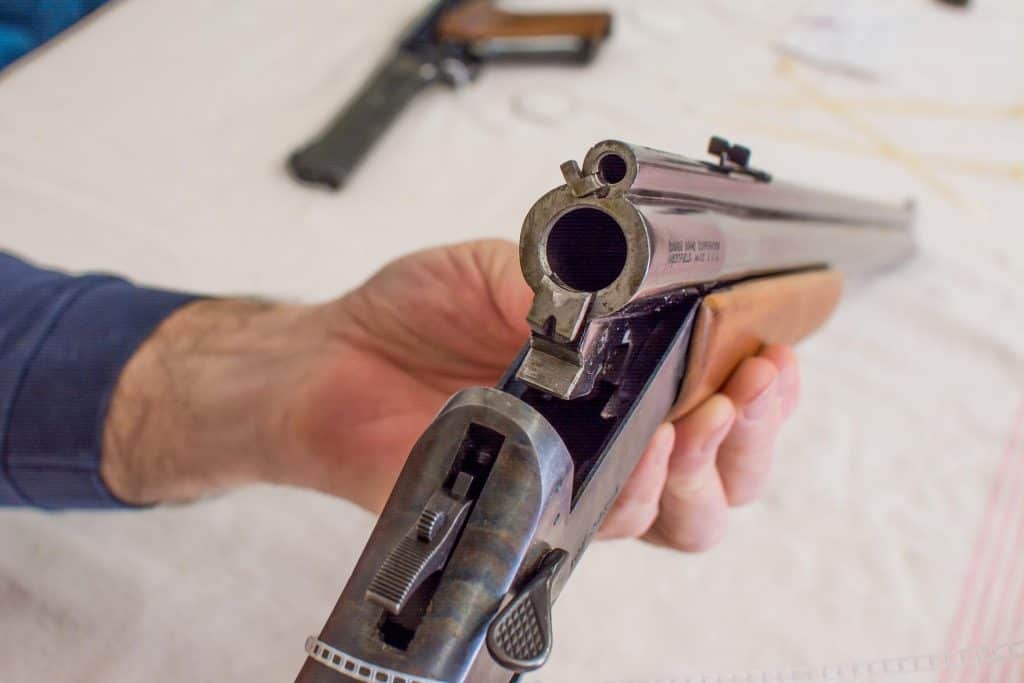 Antique-firearm collectors prefer their guns to be totally original. If a stock has been refinished or the metal reblued, it can severely jeopardize the gun’s value as a collectible.

Despite your overpowering urge to spiffy up an old rifle or shotgun’s appearance, consider the gun’s desirability as a collectible item before you destroy genuine beauty or value. Even simple, although irreversible, alterations can sometimes reduce the collectible value by as much as 50% or more.

On the other hand, if your interest lies only in having a serviceable rifle or shotgun for hunting and target shooting, modifications to better enhance a gun’s appearance or improve its performance can actually add value to the piece in question.

Problems to be avoided

A complete reblue job performed by a gunsmith can be costly. When it comes to double barrels and, in some cases, even single-barrel shotguns with ribbed barrels, it can be doubly expensive.

Manufacturers sometimes assemble their firearms using soft solder. When these firearms are exposed to the extreme temperatures associated with the normal hot-bluing process, the parts can separate. For these firearms, the only viable bluing option is to have them rust blued, which is expensive and time-consuming. 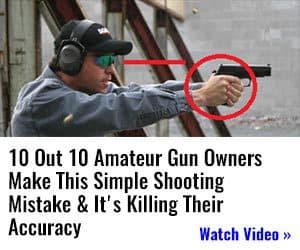 Rust and/or corrosion often indicate that the firearm hasn’t been properly cared for, and are most often reasons enough to walk away from a purchase. If the bore has been pitted, it renders the barrel essentially worthless and potentially dangerous to shoot.

That’s why I always thoroughly check the bore of every firearm I’m considering purchasing. If the bore is soiled, it must be cleaned before completing this evaluation.

Some rifle calibers are clearly harder on barrels than others. Calibers such as the .264 Win. Mag., 22-250, 220 Swift, many Weatherby calibers, and others that send their bullets out the muzzle at high velocities can sometimes be problematic for a used-gun purchaser.

Typically, the damage associated with these ultra-fast cartridges appears in the throat of the chamber, and without using a borescope to thoroughly evaluate, that damage can easily go undetected.

That’s not to say these calibers shouldn’t be considered for purchase, but whenever possible, it’s always best to understand how much actual shooting the firearm in question has been exposed to.

While an average hunter would most likely never shoot out a barrel in his or her lifetime, an active prairie-dog shooter firing his favorite 220 Swift, or a target shooter, may destroy several barrels within only a few years. 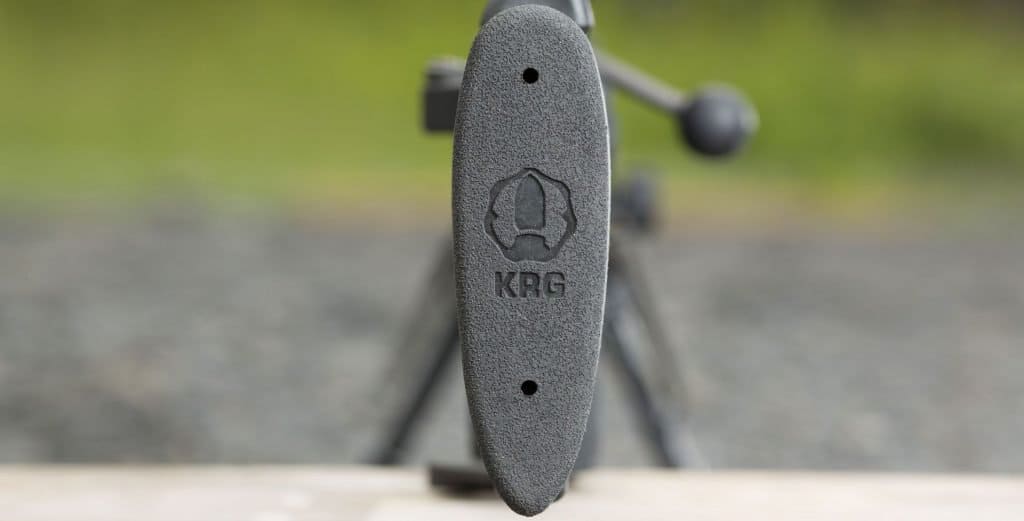 Many used shoulder firearms have had their recoil pads or butt plates replaced. Sometimes, that can be responsible for changing the stock’s length of pull. In other instances, the stock may have been shortened to accommodate a youngster.

Stock replacements, even the aftermarket composite versions, can be expensive. But, if the changes aren’t too drastic, sometimes the proper length can be restored either by adding a thicker or thinner recoil pad, or adding spacers between the buttstock and the pad to lengthen it.

After making absolutely sure the gun is unloaded, an easy way to determine whether a stock is of proper length is to first place it against the inside of your forearm.

In this position, your index finger should make contact with the trigger at the crease in the first joint; the butt should be tight against the inside of your elbow joint; and your entire forearm should be resting against the side of the buttstock. If all of these contact points aren’t 100% correct, the stock may not fit you properly.

When evaluating a centerfire rifle, always pay particular attention to the area of the stock immediately behind the action’s tang. If the stock hasn’t been properly fitted, a crack sometimes forms in this area. Unchecked, it can progress until the stock needs to be replaced.

This issue is primarily a problem with big bores or other hard-recoiling rifles, but it’s a good idea to check every centerfire rifle to ensure its integrity.

In the early stages, this problem may begin as a subtle hairline crack, which can sometimes be stopped by a gunsmith or stockmaker, but seldom does such a remedy come with any assurances or guarantees.

Now that we’ve reviewed the basics, you’ll be better educated the next time you’re considering purchasing a pre-owned firearm. If you shop carefully, you might end up with a firearm that boasts better quality than a new one for a fraction of the price.

How to build an underground shelter for less than $400

The only survival tree you should grow in your backyard

Do you know what happens when you take expired medicine?

Source
Tips For Buying a Used or Pre-Owned Firearms is written by David Andrew Brown for prepperswill.com