Turn Your Cell Phone Into A Survival Toolbox

Over the last 20 years, the cell phone has become a staple of everyday life. We use cellular technology for frivolous and serious reasons alike—everything from Angry Birds to dialing 911. Case in point: according to the FCC, about 70 percent of 911 calls originated from cell phones.

But given how dependent we are on cell phones, it’s prudent to ask how the technology would fare in a disaster. After all, cell phone service is among the first pieces of infrastructure to fail in an emergency, and cell phones can be maddeningly power-hungry—not the ideal characteristic for technology in a blackout.

Nonetheless, if you prepare in advance, a cell phone can still be an invaluable tool in a wide variety of emergency situations, from run-of-the-mill severe weather to more widespread disasters like hurricanes and earthquakes. This is even true if your phone doesn’t have service.

After all, cell phones aren’t simply phones anymore. Even if cell service is knocked out, a cell phone can serve as a digital atlas, a survival library, a planting calendar, and an entertainment center. With a $5 app and some black tape, it can even serve as a makeshift radioactivity detector.

With the right planning and some creativity, your cell phone can prove just as useful in a widespread crisis as it does on everyday errands.

If you have service – Apps that require cell service

If your phone has service, it’s easy to stay abreast of the latest news and current events thanks to the Internet. A few apps go a bit further, however, and can warn you of potential dangers in advance.

If you have cell service, there’s no reason you should ever be surprised by the weather again. Thanks to the proliferation of weather apps, it’s now easy to download free (or cheap) applications that can warn you about severe weather in advance (either via an alarm or by sending you a text message).

While the National Weather Service and the National Oceanic and Atmospheric Administration don’t have a direct service that sends weather warnings, NOAA’s webpage lists many providers of such services here.

In addition, NOAA’s website is easy to access from a mobile phone. If you enter a ZIP code in its search form, you’ll get up-to-date weather information about that area, including active warnings and watches, live radar data, and more. If you want to see the radar for yourself, there are also many well-received radar applications that are easy to use. These include: 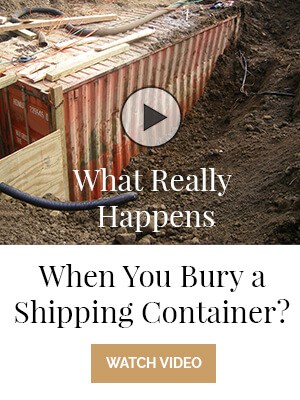 As anyone with a police scanner knows, radio chatter can give you an on-the-ground view of what’s going on in your area. While scanner information is neither definitive (not all areas are covered) nor always accurate, it’s still a source of up-to-date information, which can be priceless in a fluid emergency situation. At the very least, it’s a fascinating look into the response to a disaster.

The Federal Emergency Management Agency (FEMA) also has a smartphone app, which can be used to locate open shelters and FEMA Disaster Recovery Centers. FEMA also has a text-messaging service that allows users to receive information about open shelters and disaster recovery centers via text message.

In the event of an emergency, users can text the following:

To search for open Disaster Recovery Centers, text: DRC and a ZIP Code to 43362 (4FEMA)

Note: Receiving a text message back doesn’t guarantee you a place at a shelter or a center; it simply indicates that a shelter/center is available in your ZIP code.

If you don’t have cell service

Once the cellular network goes down, most people think their cell phone is useless. But if you plan ahead and download apps, maps, and e-books, that’s not true at all. There are many uses for a smartphone, even one that can never place a phone call again.

A flashlight — And a lot more 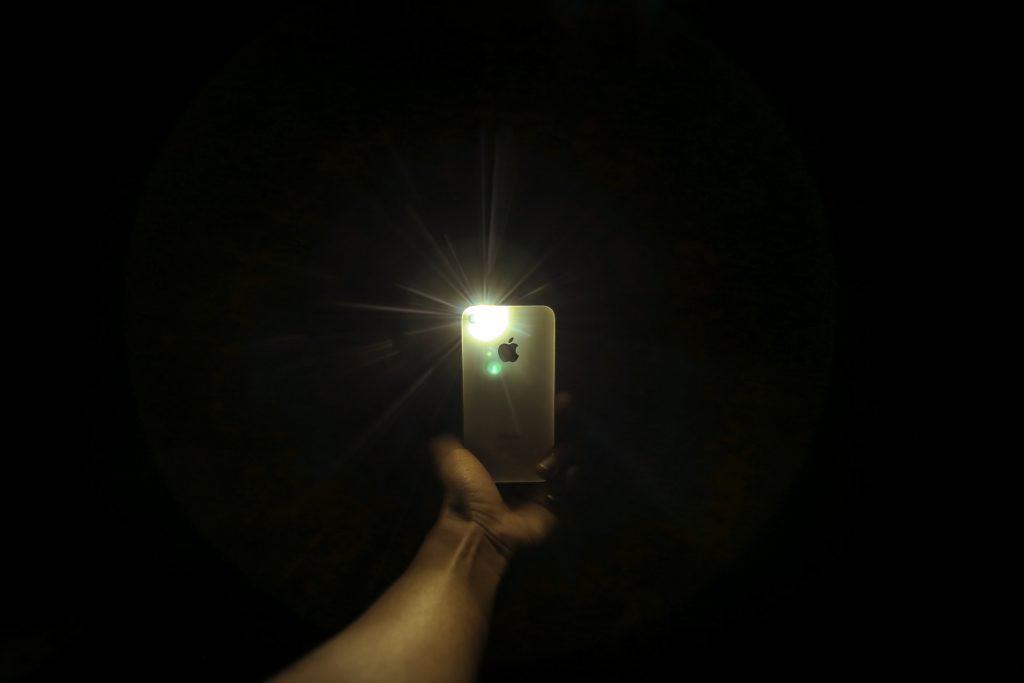 Everyone has used their cell phone as a makeshift flashlight, and soon enough, actual flashlight applications started cropping up. While they drain the phone’s battery, they can work rather well as flashlights, and they can do more than just help you find your way through the dark.

Some apps include S.O.S. buttons, emergency strobes, illuminated magnifying glasses, and even Morse Code adaptors, enabling you to turn your cell phone into a signal lantern.

If you don’t have cell service, you can’t use Google maps, right? Wrong. Thanks to Google’s upgraded Maps App for Android, you can now download maps for offline use.

Of course, a map isn’t much good if you can’t find your way around. Thankfully, astronomy apps have got you covered. Some of the first maps were of the stars—and there’s a reason for that: if you know some basic astronomy, you can use your phone’s astronomy app as a rudimentary compass.

Even if your phone’s GPS no longer works, many programs let you designate a specific location (either a city or longitude/latitude coordinates).

Once you choose a location and specify the date and time, the program does the rest, enabling you to see an up-to-the-minute picture of the night sky, helping you find your way on a clear night.

One of my favorite programs is Stellarium, but if it doesn’t suit you, there are many high-quality astronomy apps available.

One of the most useful survival aspects of smartphone technology is also one of the least obvious — e-reader technology enables anyone to carry a vast survival library with them at all times.

With a few software downloads, one’s phone can carry everything from Powerpoint presentations about gardening from your local extension service to plant identification handouts from the USDA.

In addition, thanks to e-readers like Amazon’s Kindle App and Barnes and Noble’s Nook App, you can purchase e-books and download them straight to your phone.

While there aren’t many high-quality field guides on the e-book market yet, non-fiction publishers are catching up, and there are books and apps worth purchasing. By all accounts: Wilderness First Responder: How to Recognize, Treat, and Prevent Emergencies in the Backcountry is one of them.

In addition, thanks to sites like Project Gutenberg and The Internet Archive, it’s free to download a vast array of public domain books in various e-book formats. The selection is impressive, and one can find everything from Robinson Crusoe to Einstein’s Theory of Relativity.

Some of these titles will be of interest to preppers, but there is also an impressive source of an array of reading material.

Survival uses for your camera 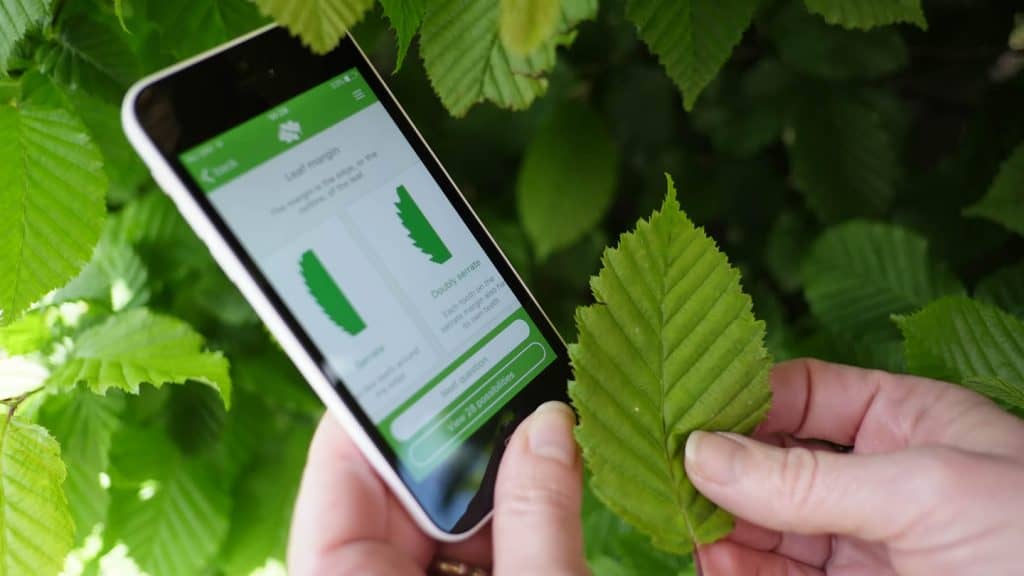 Your phone’s camera also can come in handy in a disaster situation. If you have to resort to foraging but are unfamiliar with wild plants, your phone’s camera lets you record what those plants look like, so you can consult with a reference material or show them to a more experienced forager. This enables you to shorten the learning curve and forage more safely.

You can also use your camera a bit more creatively. A time-lapse camera application can easily be adapted to become a makeshift security camera or a trail cam. All you have to do is have a full battery, position the camera surreptitiously, set the camera interval, and hit the shutter. When you return, it’s easy to simply review the video and single out individual frames.

A number of smartphone planting applications can help you plan your crops, get them in on schedule, and make the most of your fields. Some even include weather data that is tailored to your area.

Once that food is on your plate, nutrition calculators help you know exactly what you’re getting out of your food and feature the nutritional and caloric content of more than 7,500 foods—including most of our everyday staples.

A note about operating systems

As anyone who doesn’t have an iPhone (me!) knows, not every cellular operating system offers the same amount of applications. Some, like iPhone’s iOS and Google’s Android, have thousands, whereas others seem to hardly have any.

Obviously, you can’t use applications designed for a system you don’t have, so you won’t be able to use all of the applications I’m including here. Given their dominant market share, I’m primarily focusing on iOS and Android phones. Nonetheless, there are similar programs for many of the other phone operating systems, and given the above, even the most basic cell phone can be quite useful in a survival situation. 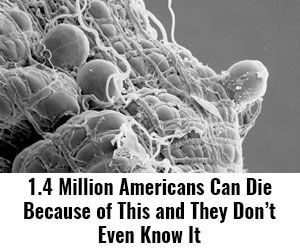 Even if you have your smartphone tricked out as a preparedness and survival toolbox, it’s not going to do much good if it is broken. There are numerous hard-shell cases on the market that protect the phone from drops, and some are even waterproof. The drawback is that they add a lot of bulk to an already sleek smartphone.

One alternative is the aLOKSAK, a resealable storage bag featuring a hermetic seal. Nothing gets in: no water, no air, no dust, or humidity. They are transparent, and you can still hear a phone conversation through the bag, along with being able to use your touch screen. The bags are flexible and have a slight rubbery toughness to them. Although they won’t protect your phone from a hard drop, they will protect against dings and scratches.

The same company makes SHIELDSAK, a small Faraday pouch made of lightweight silk-like cloth that blocks all signals emitted from your phone and all signals trying to reach your phone and thus preventing any hacking attempts. The bag blocks everything. It blocks radio frequencies (RF), infrared, and skim/ quick-scan technology— so along with your phone, drop in your credit cards, passports, and anything that might be chipped.

Given the number of available apps on the market, these suggestions are just the beginning. Clearly, if you prepare well in advance, creativity is the only limit on how useful your cell phone can be, even when the lights go out.

The 3 survival lessons of our ancestors we should never forget

A few survival food recipes everyone needs to learn

How to become your own doctor when SHTF

How to use medicinal herbs for self-healing

Source
Turn Your Cell Phone Into A Survival Toolbox is written by Bob Rodgers for prepperswill.com

Things To Know When Carrying A Knife